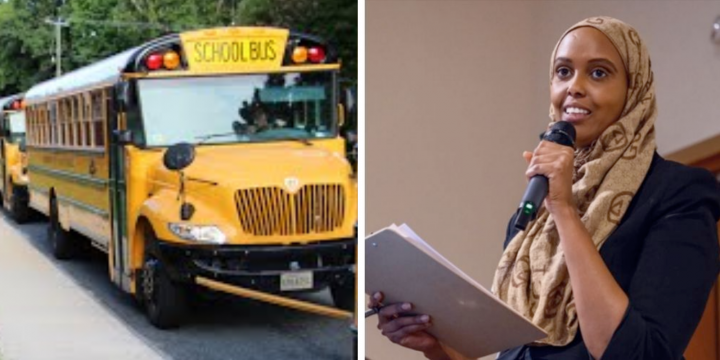 An employee of Seattle, who has been called a "social justice warrior" and is now a progressive candidate for the King County Council threatened to blow up a school bus, then called middle school students cowards as they fled.

According to court documents obtained by The Post Millennial, Ubax Gardheere boarded the Highline School District bus on Jan. 12, 2010 as it travelled on its morning route. Once aboard the bus, which was heading to Chinook Middle School, Gardheere demanded the driver tell his dispatcher "that a national security incident was going on."

Gardheere then began yelling at the children about America's relationship with Somalia, according to police reports. An audio recording of the incident demonstrated that when the driver told Gardheere to leave the bus she said, "You need to calm yourselves down 'cause I could have a bomb. Look how loose my clothes are."