WE HAVE EVIDENCE! MI Radical Sec of State Sent Absentee Ballot Application To Foreign Student Who Attended College In MI For 3 Years…Returned To Taiwan in 2004Her Name STILL Remains On Qualifie…

The Full News Article is The Gateway Pundit. 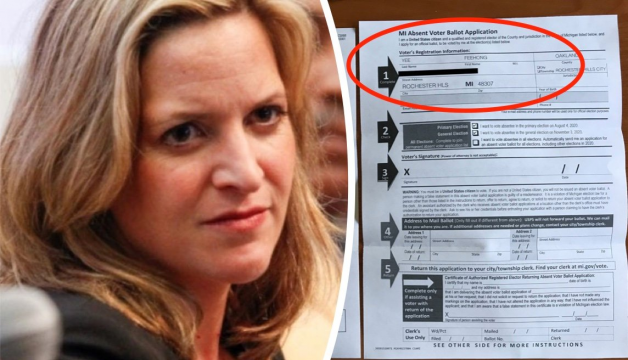 Today, we received exclusive photos of an absentee ballot application from Bensons Secretary of State office that was mailed to Ms. Lee, a female Taiwanese citizen who attended college at Oakland University in Michigan from approximately 2000-2003.

Whats even more curious than an international student who only lived in Michigan for the four years she attended college, receiving an application to vote in Michigan, Ms. Lee never even lived at the address where the application was mailed. The person who received Lees application at his home said that he knew Lee while she attended school at Oakland University, but has confirmed that she never lived there. When she moved back to Taiwan, she was told by her friends that she could use their address to forward any mail she may receive after moving back to Taiwan. The homeowner explained to us that the 2020 absentee ballot application was the first time they received mail from the MI Secretary of States office related to voting since Ms. Lee moved back to Taiwan between 15-16 years ago. According to Lees friend who lives at the address where the application was mailed, the international student moved back to Taiwan in late 2004-early 2005, and to the best of his knowledge has not returned to the United States since.