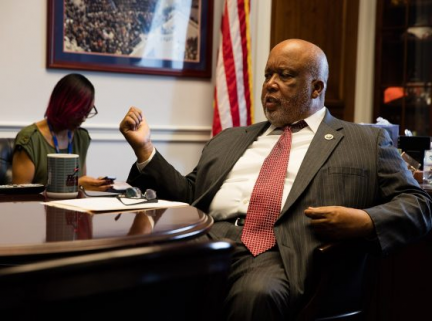 Democrat Representative Bennie Thompson has filed a civil lawsuit against President Trump for the January 6th riot at the Capitol.

According to Fox News:

Thompson, the chairman of the House Homeland Security Committee, joined with the NAACP in filing the lawsuit in federal court in Washington, D.C., alleging that Trump violated the 1871 Ku Klux Klan Act passed to prevent violence or intimidation against members of Congress or other federal officials from carrying out their constitutional duties.

Thompsons suit was believed to be the first filed by a member of Congress against Trump for the fallout of the Jan. 6 riot that ended with five people dead, including a Capitol police officer. The lawsuit sought an unspecified amount of monetary damages. Other members of Congress are expected to sign on. In addition to Trump and Giuliani, the 32-page lawsuit names the Proud Boys and Oath Keepers, far-right extremist groups, as defendants.

We were UNABLE to ARCHIVE a copy of the Hat/Tip resource seen below.